Madigan's circle is 'corrupt from top to bottom,' Chicago GOP chair says after another FBI raid

The jury may still be out when it comes to the fates of several close associates of longtime Illinois House Speaker Mike Madigan who are now caught up in corruption scandals, but Chicago GOP Chairman Chris Cleveland is already sure of one thing.

The latest one-time Madigan associate to have publicly become ensnared is former 23rd Ward Ald. Michael Zalewski, whose home was recently raided by federal agents with reports indicating that it all stems from “interactions” between Madigan, Zalewski and representatives from Commonwealth Edison about obtaining lobbying work for the former city lawmaker. 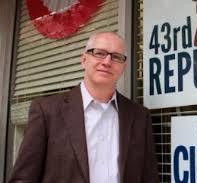 According to the Chicago Tribune, Zalewski has been a registered lobbyist in Springfield for much of the last 18 years, though he is not listed as a lobbyist for ComEd. The search warrant on his home was executed around the same time federal agents searched the far South Side home of fellow Madigan operative Kevin Quinn, where reports are that they zeroed in on computers and electronic equipment found in the home.

Finally, Quinn’s brother, Chicago 13th Ward Ald. Marty Quinn, is accused of conspiring with others to challenge the signatures of DePaul University student David Krupa, all in an effort to wrongfully have him tossed off the aldermanic ballot.

“I don’t know what the FBI knows but where there’s smoke, there’s fire,” Cleveland said.

Zalewski, who the Tribune reported was recently slapped with at least two liens from the IRS for unpaid taxes totaling at least $185,634, previously filed for bankruptcy. Chicago City Wire previously reported he is known to lobby the legislature with the Z Consulting Group, and his client list has included such entities as Government Consulting Services of Illinois and Hawthorne Race Course.

Want to get notified whenever we write about Illinois House Speaker Michael J. Madigan ?

Sign-up Next time we write about Illinois House Speaker Michael J. Madigan, we'll email you a link to the story. You may edit your settings or unsubscribe at any time.