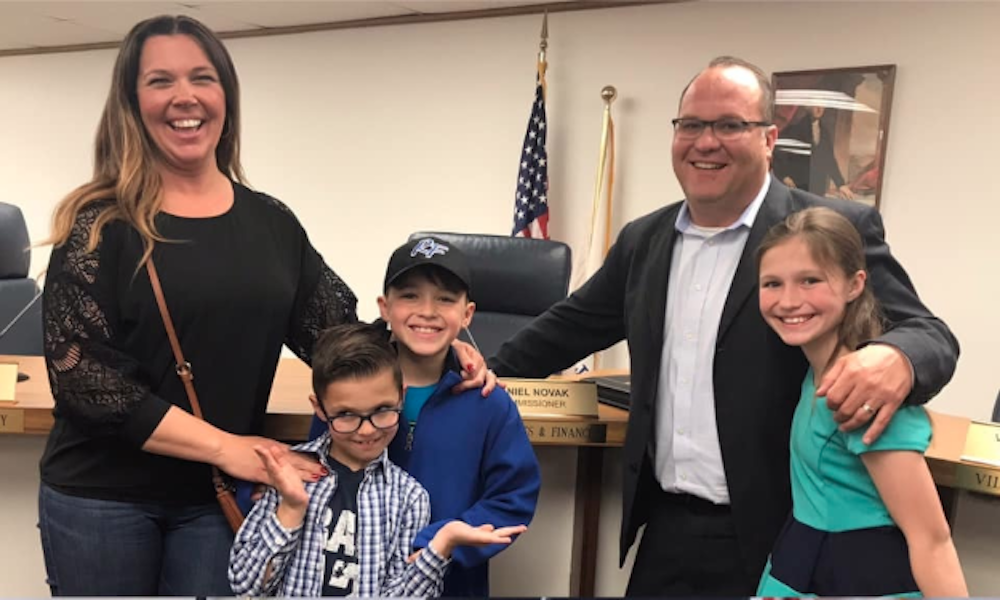 Forest Park’s Commissioner of Accounts and Finance and Council Vice President has raised some hackles – and some staff members' blood pressure – by sending out a series of emails asking for detailed information regarding numerous issues affecting village government. Staffers have complained to the mayor and through the media about his vigilance and, in some cases, his technique – specifically, his fondness for email.

Novak’s response? Get used to it.

“I work in government service myself and deal with board questions often,” he told West Cook News. “I prefer emails as it allows me time as a staff member in my profession to collect information and put together concise and clear explanations. The excuse that Forest Park Village staff wants council members to just drop by to ask these questions seems an ineffective use of staff time. What if they are in the middle of something important or dealing with a resident concern?”

He says he strongly believes government must be open and that public employees should provide information as requested.

“I don’t think my emails were ‘threatening,’” Novak said. “I think the answers they had to those questions were threatening to the way they do business. I don’t think they had answers to a lot of my questions and/or I really think they do not wish to indulge in complete transparent information and prefer the, ‘It has always been done that way' approach.”

Novak says that one of his concerns is that the village is doing business with vendors and others who get along with staff members or are easy to work with. That may not be the most efficient use of tax dollars.

“I always tell my staff that when we do not shop for the best pricing, our vendors get to eat the steak dinner on our dollar and we are left with mac and cheese,” Novak said.

He says there are numerous reasons why he feels compelled to dig deeper for information.

Novak, 42, is a lifelong Forest Park resident. His father was the executive director of the Park District of Forest Park for 35 years, which led him to embrace public service after earning a degree in park and recreation management. He works as the superintendent of special facilities for the Wheaton Park District.

“It affords me a career that is meaningful and impacts others,” he said. “I handle the business operations of several of the district's revenue-generating facilities such as the regional zoo, county museum, two aquatic facilities, fitness center, mini-golf and skate park, etc. In addition, I oversee the logistical planning and operation of the community's large-scale special events.”

Novak's work is as much about another kind of green – money – as it is lawns and fields in parks.

“On average, Wheaton sees more than $259,000 in profit from special events alone,” Novak said. “I have vast experience in sustainable business operations, revenue generation, cost recovery, programming, city permitting, budgeting, forecasting, purchasing, RFP and bid requirements, policy, safety and risk management. I don’t say all this to boast, but what the city does from a municipal standpoint – serving the community, answering to a board – is what I do as well. I have a unique perspective that other village commissioners do not have. I have the privilege to serve as an elected official in Forest Park and the opportunity to work with both staff and elected officials in my career.”

However, he says that if staff members were really upset about the emails, they should have told him rather than going to Mayor Rory Hoskins and Village Administrator Timothy Gillian, or just stop responding to his emails and ignoring his requests for information.

“I am actually shocked that the Forest Park Review, the mayor, certain commissioners and some of our residents don’t want things in writing,” Novak said. “What happened to the need for transparency in government? Since the [Review] article I have reached out to my three reporting department heads and now will be meeting with them two or three times a month in person. I am more than willing to work with staff in the manner that they are most comfortable.

“So if it is in-person communication they want, then I want to quickly jump to correct that action. I did let them know I would still request information via email at times in between,” he continued. “A friendly conversation does not always provide the information I would need to make decisions. Facts, numbers and historical data help with educated decisions and seeing them in writing aid this process.”

The only way to learn more, Novak says, is to keep asking questions – which is exactly what he intends to do.

Want to get notified whenever we write about Forest Park Village Council ?

Sign-up Next time we write about Forest Park Village Council, we'll email you a link to the story. You may edit your settings or unsubscribe at any time.