Oak Park trustees engage in fiery discussion over race, police and board appointment 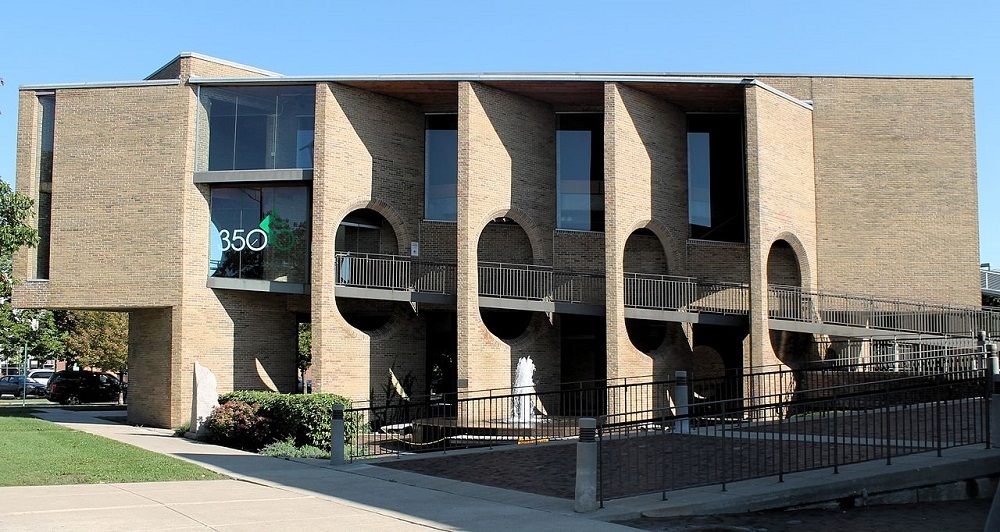 The appointment of a white citizen to a police oversight commission sparked a heated argument about race relations among members of the village of Oak Park Board of Trustees on Monday night.

The applicant, a white man who has clashed with a trustee in the past, was appointed in a split vote, but not before the trustee said he was a “racist” and “misogynist” who didn’t belong on the board, especially since a black man also had applied.

After a motion was made to approve three appointments to village boards at the meeting, including John “Jack” Powers to the Citizen Police Oversight Commission, Trustees Arti Walker-Peddakotla and Susan Buchanan asked to have the appointments split into separate votes.

Walker-Peddakotla then said she did not want Powers named to the commission in part because he is white and there are no people of color on the board. A black man, Tim Thomas, who ran for a trustee seat but was defeated, did apply for the commission seat but instead was named to the Environment & Energy Commission.

The discussion took place moments after the trustees approved a proclamation naming February as Black History Month in Oak Park. After that unanimous vote, a Caribbean dance group performed for the city board. Shortly thereafter, the fireworks started.

Walker-Peddakotla said if the trustees wanted to do what is right for black residents, they would not appoint Powers to the police board. He would not be an unbiased person, she said.

She said Powers sent her and all trustees, an email on Sept. 25 that she considered “racist” and “misogynist.” She later repeated the charge because he said in the email that Oak Park, a community of about 52,000 people located just west of Chicago, was adjacent to a crime-ridden and violent neighborhood.

“That is racist,” she said.

Trustee Dan Moroney disagreed with that, and said Powers should be appointed.

Moroney said Walker-Peddakotla was out of line to make such charges against people. He said Powers could be impartial and serve well, not favoring the police or citizens.

Walker-Peddakotla asked him why he didn’t say Thomas was qualified and would be fair and impartial. Moroney replied this was the first time he had heard about Thomas’ interest and he was talking about Powers.

“That’s crap and you know it,” she said. “That’s absolute crap.”

He said Walker-Peddakotla was slandering people and that was “quite frankly, despicable.”

Trustee Susan Buchanan agreed with Walker-Peddakotla that Powers should not be named to the commission, although she said she would not label him racist or misogynist because she doesn’t know him.

They were joined in voting against the appointment by Trustee Simone Boutet, who took part in the meeting by telephone. Boutet said naming Powers was “not the wisest choice” and she also questioned why Thomas, who applied for the seat, was instead placed on a different board.

Walker-Peddakotla said there is an even bigger issue: the trustees were not empowering the CPOC with any real authority.

“They do not give the Police Oversight Commission the ability to even review general orders of the police,” she said.

The final vote was 4-3, with Trustees Moroney, Deno Andrews, who spoke briefly, and James Taglia, who was silent during the discussion, voting for Powers to be named to the board.

Mayor Anan Abu-Taleb’s vote broke the tie, and then he spoke about the issue and the way it was discussed by the city board.

“As we all know that, on a national level, our country is divided and it’s hard to get something done for the people of the United States on that level,” he said. “And I think it’s one thing when we sit here, or we come up to the podium, and we question each other’s judgment. Because we all err. We all make mistakes.”

He said the trustees are all elected by “citizens of this great village” and that they should never insult a citizen. He said if that happened, they deserve an apology.

“They’re not going to get one,” Walker-Peddakotla said.

Abu-Taleb said he didn’t want anyone to cast doubt on the reasons he makes decisions or why he votes one way or another on an issue.

Tensions on the board have been evident for months. One city employee said the disagreement Monday night was “nothing” compared to other meetings.

Moroney has argued at past meetings that there is no evidence the Oak Park Police Department does racial profiling, nor does he feel its officers are unfair to people of color.

At the Oct. 7 trustees meeting, Buchanan said white male trustees can’t understand the oppression people of color have endured, and should “shut up” when the topic is discussed.

"You have been white from birth," she said to Moroney and Andrews. "Why are you arguing what is a system of oppression? You've never experienced one, so shut up! I don't want to hear from you!”

Her comments drew applause from the audience, according to a published report.

Buchanan also said Abu-Taleb, who is a Palestinian immigrant, also couldn’t understand the issue because his skin was “light enough.”

But her most pointed comments were reserved for Moroney and Andrews.

“I'm so tired of hearing two white men tell us what systems of oppression are," Buchanan said. "This is like if you guys wanted to tell us what it's like to have a menstrual cycle."

There have been accusations of racism in the community, which has a diverse population, with the 2010 census reporting that 67.7 percent of residents were white, 21.7 black, 4.8 percent Asian and 6.8 percent Hispanic of varied skin color.

The Oak Park and River Park High School had to reprint, at a cost of $50,000, its 2018-19 yearbook after photos of students flashing a hand sign that has become associated with the white power movement were spotted.

The school reported three racist incidents in 2018, including graffiti that targeted a black teacher and included two swastikas and the words “white power.”