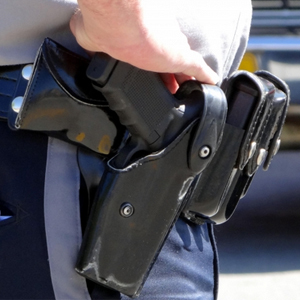 Oak Park Village Clerk issued the following announcement on May 23.

Oak Park Police are investigating a shooting that took place around 3:20 p.m. Wednesday near the intersection of Madison Street and Oak Park Avenue.

Two suspects are in custody, one of which is believed to be the shooter. Officials are calling the shooting an isolated incident among acquaintances.

According to police, a physical altercation between the victim and the two suspects took place shortly after the three men exited the Chase Bank at 800 W. Madison St. During the altercation one of the suspects removed a gun and shot the victim in the abdomen.

The suspects then fled in a vehicle. A description of the offenders and the vehicle was reported to police, and minutes later the vehicle was stopped by police near Madison Street and Austin Boulevard. The suspects were taken into custody and a weapon was recovered from the vehicle.

The victim, who was alert and talking at the scene, was transported to Loyola Medical Center in Maywood. His condition is unknown at this time.

A motive for the shooting has not yet been determined. The investigation is ongoing.

Want to get notified whenever we write about Oak Park Village Clerk ?

Sign-up Next time we write about Oak Park Village Clerk, we'll email you a link to the story. You may edit your settings or unsubscribe at any time.