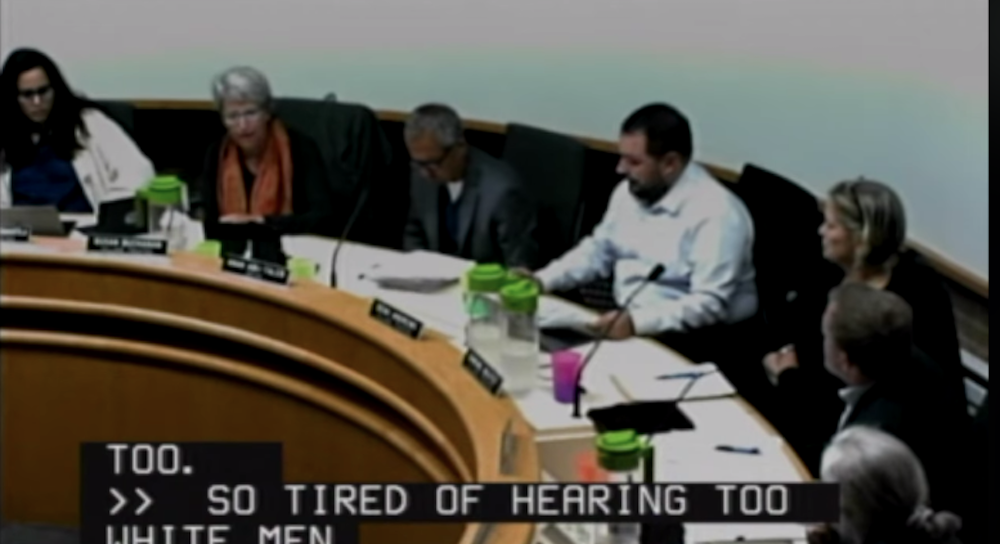 Comments from Oak Park Village Board member Susan Buchanan (second from left) at this Oct. 7 village board meeting have led to public displays of infighting among city officials. | Facebook

Oak Park Trustee Christine Ferno is pointing an accusatory finger at one of her colleagues as his running feud with fellow board member Susan Buchanan picks up steam.

“I'm here because a trustee on this board, Mr. Moroney, has been telling the public that public safety, all of our safety in this community, is important to him," Ferno said in a video posted to You Tube. “In fact, he took an oath to defend the Illinois State Constitution, which addresses freedom of speech. I'm here to hold Mr. Moroney responsible for his choices after hearing him on a recent podcast with a hate-talk radio host.”

Controversy has been brewing since an Oct. 7 board meeting in which Buchanan told fellow trustees Dan Moroney and Deno Andrews to “shut up” after they spoke out about proposed changes to the village’s “system of oppression” statement. Buchanan also asked the men, "Why are you arguing what is a system of oppression? You've never experienced one." 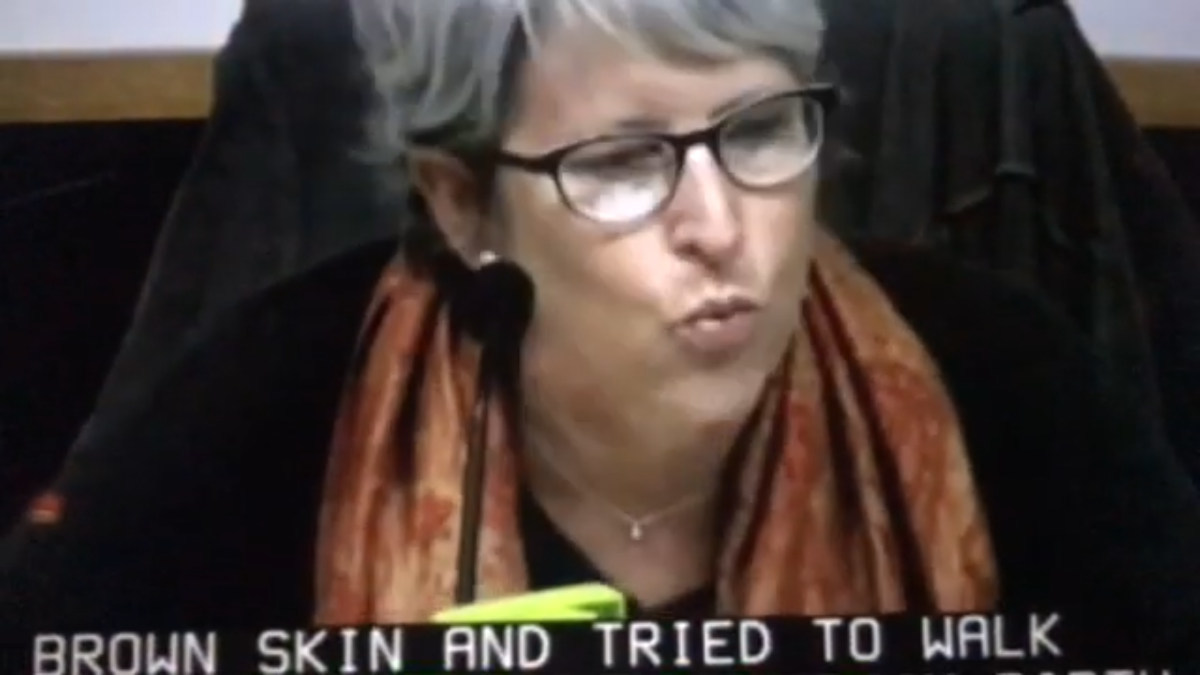 Ferno now contends that Moroney has only added fuel to the fire by taking to the airwaves.

“He didn't use those as opportunities to advocate for equity or demonstrate that he understands the urgency of it,” Ferno said of multiple interviews Moroney has conducted since the incident. “What he did was volunteer himself as a martyr and he positioned himself as our community priority by overreacting.”

Ferno argues that Moroney’s actions have caused more damage than good for the community.

“By overreacting in this way to what was a moment of personal discomfort, Mr. Moroney not only pulled focus away from topics of community importance, he dangerously escalated a situation [that] now finds Oak Park targeted by white supremacists. We are less safe after the Moroney media tour.”

The 58-year-old Buchanan has a history of taking extreme positions that she vigorously defends. In the 1980s, she joined a group of fellow Denison University students who traveled to Washington, D.C. to protest American aid to the Contras. She was arrested in June 1985 for participating in an anti-Contras demonstration at the Ohio State Capitol Building in Columbus.

Buchanan is the daughter of Rev. John Buchanan, former pastor of Chicago’s famed Fourth Presbyterian Church that sits along the city's Magnificent Mile.

Want to get notified whenever we write about Village of Oak Park ?

Sign-up Next time we write about Village of Oak Park, we'll email you a link to the story. You may edit your settings or unsubscribe at any time.