River Forest said to be on board with township consolidation -- probably

River Forest residents are under the thumb of two governmental entities, the village and the township, and Catherine Adduci says it's time to get out from under.

"Many people in Illinois want their taxes to be reduced, and many people in Illinois want fewer units of government,” Adduci, the president of the River Forest Village Board of Trustees, told West Cook News. “I think that is one of the most significant things said... . I can’t imagine why we wouldn’t want to have a conversation around how we can make government more efficient.”

Adduci said she and others are in favor of consolidation, a topic in the news thanks to Senate Bill 3, which would champion efforts to consolidate coterminous townships and villages, like River Forest, into one entity. 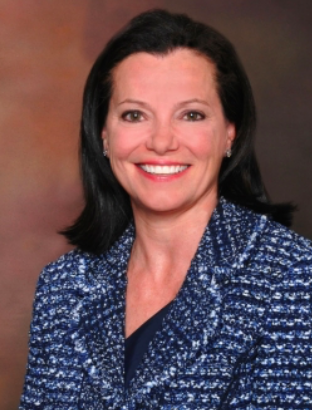 The problem lies in getting the local governments on board, Adduci said. The subject has been tossed around before but didn't gain much traction.

According to the minutes of a board meeting on Aug. 18, 2014, trustees shared their ambivalence about consolidating. One trustee said “she was disheartened to see a petition for a non-binding referendum on township consolidation."

West Cook News has also obtained documents revealing that the funding of a local community center has been a point of contention in the debate on consolidation.

Her last goal could be accomplished by creating more efficiency in governments “across the board," she said. But in the end, getting started remains in state lawmakers' hands.

Rep. Tom Demmer (R-Dixon) told West Cook News that there is bipartisan support in the General Assembly for a consolidation measure.

“I proposed HB 496 as a result of my work on the Local Government Consolidation and Unfunded Mandate Relief Committee, which was headed by the lieutenant governor and met for a year with members of government at all levels,” Demmer said. “This bill would have enabled local voters to choose whether they wanted to consolidate their township and city in the 18 places in Illinois where those units share the same boundaries. The bill is a small step toward empowering local voters to choose the kind of government that works best for them. It also gives people a way to potentially reduce the cost of government and provide property tax relief."

HB496, which has passed the House but not been voted on by the Senate, would allow township voters to decide whether to seek full or partial consolidation, or leave things as they are.

A similar proposal that has passed the General Assembly with bipartisan support is HB607. It grants township trustees the ability to propose referendums to consolidate road and bridge maintenance districts across the state. This bill, ultimately, is meant to shrink the 1,400 independently operating road districts in Illinois.

“This bill is the start of a larger effort to give both citizens and local boards the power to consolidate government,” Lt. Gov. Evelyn Sanguinetti said in a statement. “I applaud the General Assembly for passing this bill to give all townships -- not just those in Cook County -- the authority to consolidate as they deem necessary.”

According to a study by the Illinois Policy Institute, Illinois pays the highest combined taxation rate in the United States.