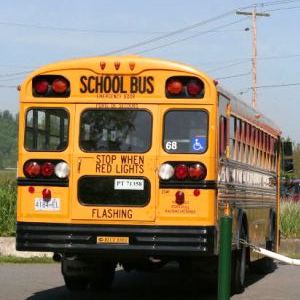 Chicago Public Schools (CPS) has been plagued by reports of corruption, money problems and poor student performance, and knowing the important role education plays in determining the trajectory of a person’s life, a conservative candidate points out just how paramount fixing the broken education system is.

“Education is the best way to get kids off the street, and that’s education of the kids and the parents as well," Jeffrey Leef, a Republican candidate for Illinois’ 7th District U.S. House seat, told the West Cook News.

Leef said he has a simplistic way of viewing things, and he believes the hot-button issues affecting Illinois all boil down to education.

“In Chicago, there’s a reason that we have the worst school system in the country, and this is coming from, keeping in mind, a person whose mother was a teacher, whose sister is a teacher, whose daughter is a teacher. So I know the importance of a good teacher,” Leef said. “But the teachers union, excluding fire and police, but the unions in general do a great disservice to the community, and over time, the millions and millions of dollars that have been pumped into the system and the educational numbers have not improved one iota. They’ve just gotten worse.”

On May 6, Chicago Mayor Rahm Emanuel reviewed tax increases proposed by the Chicago Teachers Union (CTU) to help cover a significant funding shortfall in the school district, and instead urged union leaders to join him in challenging state legislators to change the way school districts are funded, which would potentially bring more money to the city and ensure that poor districts are not underfunded.

“If parents had a say-so, if there was some competition, the schools would not be in this situation,” Leef said.

Chicago has a history of high dropout rates for the past 30 years. In some years, as many as half of all students failed to graduate high school.

The school district has been accused of inflating its graduation rates. During the 2013-14 school year, the graduation rate for CPS students was adjusted down to 66.3 percent from 69.4 percent after some schools were found to have misclassified dropouts as transfers.

In 2011, the University of Chicago’s Consortium on Chicago School Research revealed in a report that although graduation rates had improved drastically, “the vast majority of CPS students have academic achievement levels that are far below where they need to be to graduate ready for college.”

Want to get notified whenever we write about Chicago Public Schools ?

Sign-up Next time we write about Chicago Public Schools, we'll email you a link to the story. You may edit your settings or unsubscribe at any time.