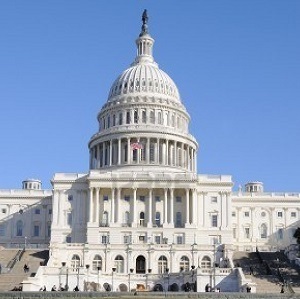 Dr. Jeffrey Leef, who has worked at the University of Chicago for 27 years, recently decided to run against longtime Democratic incumbent Danny Davis.

“I went into the primary to vote this past March, and it seemed as though half of the elected positions were going unopposed. I think this is just a crime, just ridiculous, and so I then wanted to pursue this,” Leef told the West Cook News.

The 55-year-old conservative candidate said he always has considered running for public office, but this time, he decided to take the leap.

“I sought out the head of the Republican Party in Chicago and said, ‘What are my options of how I go about doing this?’ So I went through the avenues to get onto the ballot in November,” Leef said.

A resident of River Forest, Leef, who describes himself as “a physician by vocation and a politician by necessity,” said the decision to join the race was fueled by two fundamental issues troubling him.

“No. 1, there’s a two-party system, and there’s no way that any elected position should go unopposed,” Leef said. “And secondly, I’m a strong believer in term limits – one to two terms at the most.”

Davis was first elected to the U.S. House in 1996. Since then, he has won each re-election by a wide margin.

Although he recognizes that beating Davis in November is no small feat, Leef said he chooses to remain optimistic.

Leef may not share the same political views as Davis, but Leef said he respects Davis for dedicating 20 years to his constituents.

“You can only respect someone that dedicates their time and so many years, but that said, I think that things can be better,” Leef said. "I think we can do better."

Leef said he’s running for a single term, and should he win, he plans to donate a large portion of his salary to charity, including a new diversity department at the University of Chicago, impoverished high schools in the district, and to Opportunity Knocks, a nonprofit organization that serves young people with developmental disabilities in Oak Park, Forest Park and River Forest.

When it comes to the issues he is most passionate about, the first-time candidate said his beliefs boil down to education.

Leef went on to say that over the years, the millions of dollars that have been pumped into local schools have not improved the educational numbers one bit. In fact, they’ve only gotten worse.

So what’s the solution?

Illinois should operate from a freedom-of-choice and free-market stance, Leef said.

“If parents had a say-so, if there was some competition, the schools would not be in this situation," Leef said. "And that goes for many of the businesses."

Leef said one of the threats to Illinois businesses and people fighting poverty is raising the minimum wage. Instead, the state should strive to equip business owners with the ability to get their children into schools that bring out the best in them, inspiring a future generation of business owners.

Leef grew up in the Hillside-Westchester area, but has lived in River Forest for more than 12 years. Leef is married and has three children.

“I’ve been really happy to be receiving a lot of support from not only friends, but from so many different people I don’t even know who have reached out to me,” Leef said.

Though joining the race later than most candidates who placed their bids last year, Leef said he is ready to hit the ground running.

Want to get notified whenever we write about U.S. Representative Danny K. Davis (IL-7) ?

Sign-up Next time we write about U.S. Representative Danny K. Davis (IL-7), we'll email you a link to the story. You may edit your settings or unsubscribe at any time.