A plan by Oak Park and River Forest High School (OPRF) to detrack its freshman class in the hopes of narrowing gaps in test scores between white, black and brown students is eliciting warnings from some, who cite flat, or even negative results, in other schools that have done the same.

OPRF District 200 administrators pointed to a detracking effort at Evanston Township High School (ETHS) adopted in 2010 in announcing their initiative, which would put a stop to separating freshmen into college placement and honor curriculum levels at the start of the 2021-2122 school year. But even ETHS board members disagree on whether the detracking, or other efforts to narrow the achievement gap, have made any difference.

During a February presentation to the board on trends in ACT college entrance scores testing, some ETHS board members interpreted a two-point improvement in composite scores from 1972 through 2017 as a sign of overall improvement, according to Evanston Now.  The highest score of 23.9 was achieved in 2015. The national average is 21. 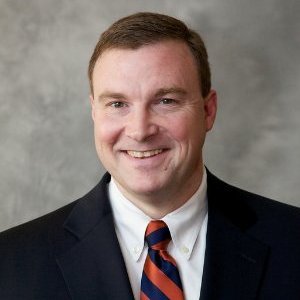 But isolating ACT results of black students from 2009 – the year before the detracking program was adopted – through 2017 shows a drop in ACT scores from 19.2 to 18.4.

“This does not look to me like progress,” board member Jonathan Baum said at the time.

John Phelan, former D200 board president and River Forest resident, has urged OPRF school officials to hold off on its detracking plans while it looks more closely at the ETHS results.

Phelan wrote in OakPark.com earlier this month that in 2011 he asked then-Superintendent Steve Isoye to suggest ways to narrow race and ethnicity achievement gaps. He noted that ETHS was detracking, and he advised following the results at ETHS closely.

“If ETHS was successful, I envisioned a process of public education, community input, and board dialogue before the board would seek a curriculum change,” Phelan wrote.

But Phelan said that D200 administrators have failed to thoroughly scrutinize what happened at ETHS.

“The administration cited a 2016 article about Evanston's de-tracking written by Peter Bavis, (assistant superintendent) of curriculum and instruction at ETHS,” Phelan wrote. “The article was short on details, providing only a few statistics, intermingled with some positive anecdotes to support the effort. Other research cited by the administration pre-dated the ETHS effort.”

The Illinois Report Card, in fact, found little if any narrowing in the achievement gap at ETHS; and in some instances, the gap actually widened.

“Significant research exists that similar plans hurt all students by not providing anyone a curriculum geared toward them,” Friedman wrote in OakPark.com. “It seems misleading that the plan only cites studies suggesting that similar approaches have worked.”

He further said that detracking doesn’t get to the heart of what’s causing the achievement gap: the student’s background before entering high school and ineffective college prep courses.

“Instead, the plan is to blow up what is currently working: the honors classes,” he wrote.