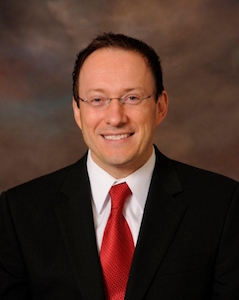 Chris Harris, Democratic House candidate for District 7, is heavily criticizing State Rep. Emanuel “Chris” Welch for his actions as president of the Proviso High School District 209 school board, and said people like Welch are “vampires” and “detrimental to our schools.”

In response to a questionnaire by the Chicago Tribune questioning how the state school-aid formula should be revised, Harris said it’s quite simple – use state funds to educate students and stick to the rules.

“My opponent is the former, longtime school-board president of that district (209),” Harris said in the questionnaire. “As the Tribune has written many stories about in the past, he abused the district and put the students last — he used to hand out no-bid contracts to his buddies, did patronage hirings and used taxpayer dollars to pay his own personal legal bills. It got so bad, the state had to step in and oversee the district's finances.”

According to a March 8, 2012, Chicago Sun-Times report, Welch hired up to 19 close friends and relatives while he was president of the Proviso High School District 209 school board, including a $56,000 janitorial job for his brother, Billy Welch, and a $90,000 foreman job for the best man at his wedding, Ron “R.C.” Anderson.

It was also discovered that 13 of the 19 relatives and friends hired at District 209 had contributed to Welch’s political campaign, with 10 of the employees having ties with Rob Serpico, Melrose Park’s controversial mayor.

“Vampires like this, that move in and take over school boards — as we are seeing a lot of these days — is what is most detrimental to our schools,” Harris said. “It turns what could be equal funding into lopsided funding as the money goes to waste as the kids suffer — we didn't have new books for 20 years, and most of those old books were photocopies -- that is what Mr. Welch thinks of our children.”

Harris said one of his top priorities is public education and eliminating the underlying corruption that creeps into the battle to control school boards.

“Proper funding, education choices, limitations on campaign involvement from vendors -- campaign finance reform could change the dynamics of public education,” Harris said. “Law firms that spend tens of thousands of dollars in elections to control a board, local politicians who run their slates to control the finances, vendors who spend thousands that have repeat no-bid contracts with the district -- it's a cancer to these school boards that often go unwatched as they are turned into personal contract and patronage warehouses.”

Want to get notified whenever we write about Illinois House of Representatives ?

Sign-up Next time we write about Illinois House of Representatives, we'll email you a link to the story. You may edit your settings or unsubscribe at any time.