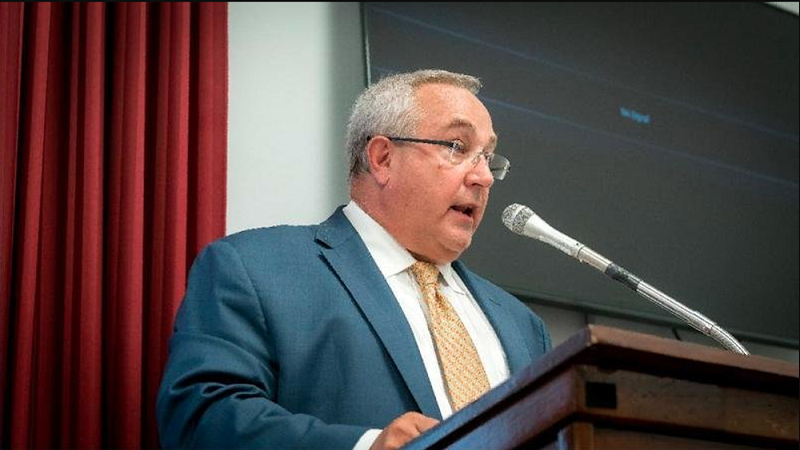 "I'm thankful beyond words to receive the Republican nomination from the voters of the 3rd Congressional District!" Fricilone said in a Facebook post on Tuesday night. "With your support, we will bring fresh, bold conservative ideas to our District!"

Fricilone won nearly 60 percent of the votes on Tuesday, with O'Shea and Jones receiving approximately 30 percent and 10 percent, respectively.

Fricilone, the current minority leader on the Will County Board, touts an impressive list of accomplishments. "For four years, I served as Committee Chair for the Finance Committee and as Vice Chair on the Capital Improvement Committee," Fricilone said in a statement on Jan. 31. "During that time we crafted the Building Will Plan – an initiative to finance a group of County buildings all without raising taxes."

In early March, Fricilone received the unanimous endorsement of the Republican Congressional delegation.

"Mike Fricilone is our choice in the upcoming Primary Election," the delegation said in a statement. "Mike is running on a platform with fresh, bold and conservative ideas that would help the people of the 3rd District as well as our nation."

"Voters made their voice heard that they are ready for a real Republican candidate...not a Nazi and not a Democrat," Fricilone said in the Facebook post.

"His hateful rhetoric has no place in the Republican Party or our nation," the delegation—made up of Reps. Adam Kinzinger, Mike Bost, Rodney Davis, Darin LaHood and John Shimkus—said in a statement.

Want to get notified whenever we write about Illinois's 3rd Congressional District ?

Sign-up Next time we write about Illinois's 3rd Congressional District, we'll email you a link to the story. You may edit your settings or unsubscribe at any time.