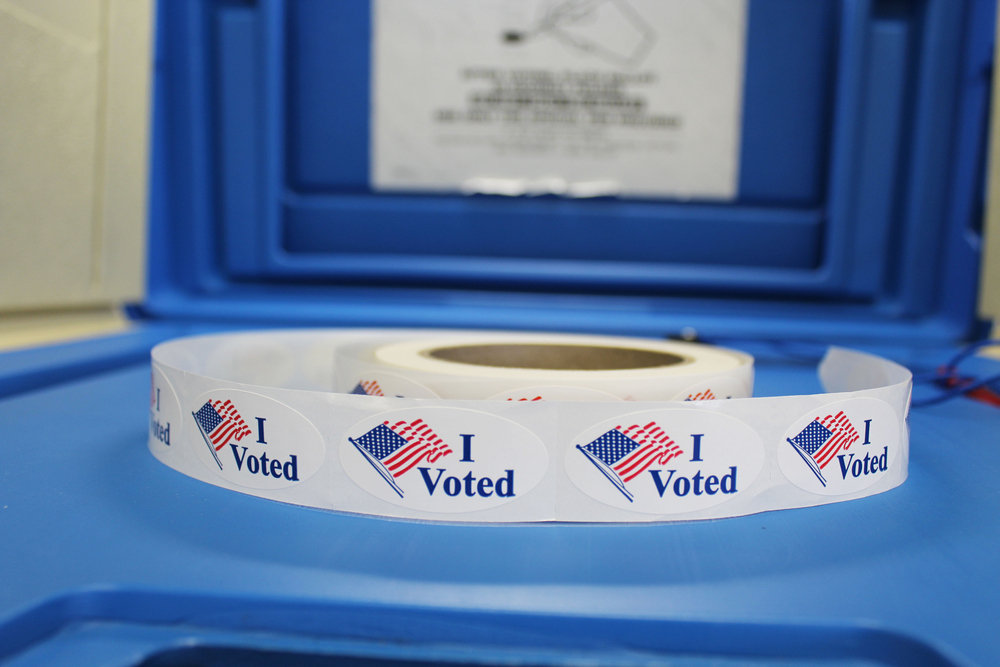 The Republican Party chapters in Chicago and Cook County, Illinois have filed a federal lawsuit alleging Democrats violated a new bylaw and have infiltrated their party in an effort to claim Republican spots on the ballot for the general election in November.

According to court documents filed on June 23 in the Northern District of Illinois, Eastern Division, Republican officials claim Sammy Tenuta and Frances Sapone, who won the primary in races for the GOP commissioner for Chicago’s 39th and 29th Ward, respectively, were disqualified from running because both voted in another party’s primary within the past eight years.

Under a bylaw amended last year, a candidate is disqualified from running for public office if he or she voted for another party in the primary within the last eight years.

The lawsuit stems from Sapone’s objection to Jeffery Leef’s candidacy for Illinois’ 7th congressional district earlier this month. Sapone stated in her objection that Leef should not be allowed to run because she and Tenuta had not been notified of Leef’s nomination, which begs the question: if Sapone is a legitimate Republican, why would she contest the nomination of a fellow party member challenging a Democratic incumbent, the Republican officials pointed out.

“‘Republican’ Frances Sapone is now working against the party by seeking to remove the Republican candidate for Congress in the 7th District, a move antithetical to the best interests of the Republican Party,” the officials stated in the lawsuit.

Allowing the Board of Election Commissioners to uphold Sapone’s objection to Leef’s nomination would leave the Republican Party without a candidate to run against the Democrats in the 7th District, and would infringe upon the party’s "broad First Amendment rights to engage in internal leadership selection procedures and candidate nomination free from state interference.”

“Upholding Sapone’s claim of lack of notice requires a determination that she and Tenuta as Ward Committeemen under Section 7-8 of the Code, thereby depriving Plaintiffs of their right to create and apply the bylaw, and to nominate Leef under a Congressional Committee of Ward Committeemen subject to qualification under the bylaw,” the officials contended.

The recent development adds yet another complicated layer to what some perceive to be a history of Democrats manipulating campaign rules to maintain a blue state.

Challenging candidacies of their opponents has become commonplace among Democratic politicians.

In fact, Sapone’s objection raised against Leef marked the second time this election season that a candidate challenging Democratic incumbent Danny Davis faced an attempt by Democrats to remove him from the ballot.

Leef, a 55-year-old radiologist who describes himself as “a physician by vocation and a politician by necessity,” joined the race in May, a few months after Davis’ previous challenger, Dan Roche, dropped out of the race when his nominating petitions were aggressively challenged by a Davis worker. Even Roche’s wife’s signature was challenged.

By January, defending his petitions had become too costly for Roche, forcing him to withdraw his candidacy.

Leef previously told West Cook News that he would not be surprised if Democrats tried to sabotage his campaign; in fact, he said he was expecting it.

“If this is the second time in which you can’t even have a candidate running against a Democratic candidate, we’re essentially living in a totalitarian state,” Leef said in May.

“You have a process that has ...  some very specific kinds of requirements and steps that are necessary in order to circulate petitions in order to get the signatures that are required,” Kent Redfield, emeritus professor of Political Science at the University of Illinois at Springfield told Illinois Business Daily.

To do this correctly, Redfield said, a candidate needs to have a lot of experience in the nuances of the process or needs to have access to a lawyer whose expertise is in election law, or both, which gives incumbents the upper hand because party officials and party lawyers make sure all the paperwork is in order, and that signatures are collected and filed before deadlines.

In some cases, additional factors determine whether a signature is considered valid. A trend that seems to be growing involves heaping a stack of requirements on circulators and disregarding all the signatures the circulator collected, without determining whether the signatures on the petitions circulated by that circulator were provided by legally registered voters intending to sign the petition to put a candidate on the ballot.

“If you make it unnecessarily complex, if you create a situation in which you can essentially be litigated to death, then that’s frustrating,” Redfield said. “The idea is that the political process should be open, that people should expect reasonable standards in terms of people participating. So if you end up discouraging participation, then that’s certainly not in the public interest. It’s a matter of striking a balance, but the people that are benefiting from the rules are the people writing the rules.”

Democrats using this tactic to eliminate competition from candidates challenging incumbents has allowed career politicians like Davis and House Speaker Michael Madigan to maintain their seats through the years.

Madigan has been a member of the Illinois House since 1971, and Davis joined Congress in 1997.

Leef previously stated that he so firmly believes in term limits that he vowed to run for a single term because "I personally know 50 people that would be excellent candidates to follow in my footsteps.”

Few legislators in Springfield share Leef's sentiment, however, and instead, use campaign rules to fend off opponents within their party and others.

In 2006, Democrats challenged more than half of Joe Parnarauskis’ 4,991 signatures he obtained as the Socialist Equality Party (SEP) state Senate candidate for District 52. Parnarauskis accused Democrats of “employing the same antidemocratic methods” in their unsuccessful attempt to bar SEP candidate Tom Mackaman from the ballot in 2004.

“The fact is the Democrats were instructed, as they were in their 2004 challenge to SEP state legislative candidate Tom Mackaman, to object to virtually every signature,” Parnarauskis said at the time in a statement to the Illinois State Board of Elections.

President Barack Obama used the same ploy in 1995 when he ran for the Illinois Senate. A volunteer from Obama’s campaign, Ron Davis, objected to the candidacies of Gha-is Askia, Marc Ewell, Ulmer Lynch and then-incumbent Alice Palmer.

Obama’s challengers were eventually all disqualified, and he won the Democratic primary unopposed in 1996.

Further complicating the process of getting onto the ballot is the fact that the threshold for signatures required for candidates from a majority party is significantly lower.

In 2012, Sen. Andy Manar (D-Dist. 48), who was a candidate at the time, commented on how unfair the system is to third-party and independent candidates. Because he was a major-party candidate, he was only required to turn in 1,000 valid signatures. Independents and third-party candidates, however, had to have 3,000 each.

During his campaign, Manar said that he would push to level the playing field if elected.

“The question is: at what point are you establishing reasonable guidelines so that you don’t have a bunch of nuisance candidates?" Redfield asked. "At what point does that cross the line into writing the rules in such a way that you’re limiting participation and essentially perpetuating a monopoly in terms of the established political parties?”

Many good people with good intentions have simply been discouraged from running for public office, which threatens democracy, according to Redfield.