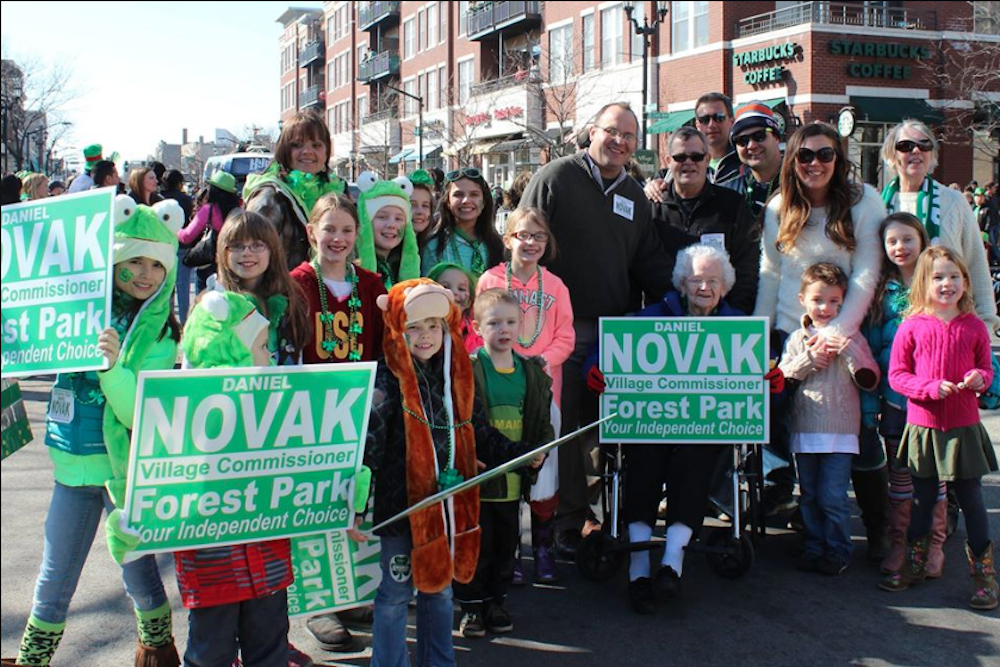 Forest Park Village Commissioner Dan Novak says he just wants answers, information and details in order to do his job correctly, but city workers feel he may be pushing a little too hard.

In the first year of his second four-year term, Novak says he is determined to make city government transparent and he will continue to seek information from the public employees despite complaints from workers that they are spending too much time fulfilling the commissioner's requests.

Novak has asked city staffers for information on health insurance, noting that city employees “essentially selected their insurance provider and set their contribution rates without any discussion in public or even a closed-session meeting. Was the vendor they selected truly the lowest bidder?” he asked.

He also asked about a three-year contract with the village's current garbage company, noting there was no competitive bidding and that the agreement called for a cost increase.

“Are we currently following the ordinance and are all condos and/or those required to be included in the deal currently participating?” Novak asked.

The commissioner has also sought information on the Union Step Program.

“Did we follow the job posting and pay in accordance to the union program, or when we filled from within did we give an additional bump in pay that was not required or advertised in the Union Step Program?” he asked.

As far as employee compensation, Novak asked for clarification on the true dollar amount of a 2-percent pay hike. He also asked what the return on investment was for parking provided by a vendor and asked for additional research. "Were both lease and purchase considered?" he asked.

The volume of his requests, and the detail he seeks, has caused some discomfort for city staff. In one case, he asked for information before a Monday night meeting and staff say they devoted several hours to the request — but Novak failed to show up at the meeting.

At that point, city staff asked to meet with Mayor Rory Hoskins to express their frustration. The matter has come up during commission meetings, with Novak and city staff debating if during a meeting was the best time to seek detailed information.

At one meeting, Novak had several questions and when he sought to ask more, the mayor said it was time to move on. Novak has asked the mayor for direction on his efforts to glean information from city staff.

“Please advise on how you want me to proceed,” he wrote in an email to Hoskins. “I would like to avoid the obvious and public animosity you directed toward me at our last meeting."

He also serves as the council’s vice president and chairs meetings if the mayor is absent.

Want to get notified whenever we write about Forest Park Village Council ?

Sign-up Next time we write about Forest Park Village Council, we'll email you a link to the story. You may edit your settings or unsubscribe at any time.