Burr Ridge Mayor Mickey Straub calls the recent rush appointment of a legislative inspector general (LIG) that followed a three-year vacancy a case of “damage control” to shield IIlinois lawmakers from the political fallout of recent sexual harassment allegations against a state senator.

“It’s all about self-preservation,” Straub told the West Cook News. “And in trying to accomplish that, you get your priorities all wrong about what you’re supposed to be doing there. The obvious question is why they waited three years." 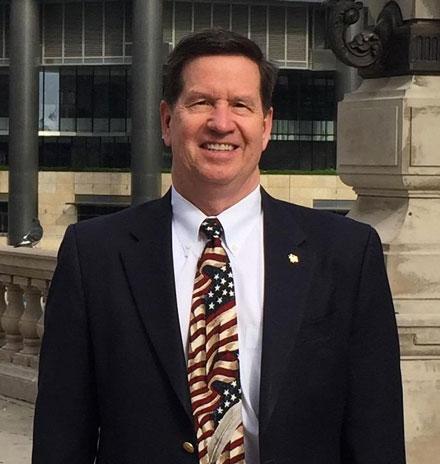 The appointment of Julie Porter, 45, to the LIG post, and Tuesday’s unanimous decision in both chambers to enact an ethics reform package were responses to allegations by Denise Rotheimer, a crime victims advocate, of sexual harassment by Sen. Ira Silverstein (D-Chicago). Rotheimer said the harassment occurred a year ago, when the two were working on legislation.

At the time, Rotheimer filed a complaint with the LIG office, but it was never acted upon — nor, as it turns out, were 26 other complaints.

Porter said that the LIG reviews complaints and sends them to the Legislative Ethics Commission, made up of eight state lawmakers, with recommendations for appropriate action. With the position unfilled, no one had the authority to review the complaints.

Porter declined to comment on why the position was left empty for so long but hopes that given the current climate — not just in Springfield but in other capitals and even Hollywood, as well — that the “commission would be very cooperative with all investigations.”

Porter said she will work as an independent contractor. She will remain a partner with Salvatore, Prescott and Porter, an employment law, civil rights and white-collar criminal defense firm with offices in Evanston and suburban Detroit. Her contract will run through June 2018.

The Legislative Ethics Commission is required to seek qualified candidates for the LIG post and make recommendations to the General Assembly. If the post becomes vacant, the panel is required to designate an interim LIG.

Andy Shaw, president and CEO of the Better Governor Association, said in an email that "lawmakers are historically and constitutionally allergic to watchdogs, especially those with loud enough barks and sharp enough teeth to hold them accountable for their decisions and behavior. So a three-year delay in appointing a Legislative IG is no surprise in a Statehouse that's been preoccupied by the epic battle between Gov. Rauner and Democratic leaders, which has sucked up most of the political oxygen and dominated media interest.”

The conservative Straub said that the “icing on the cake” that convinced him to challenge Durkin was the July vote to override Gov. Bruce Rauner’s veto of a budget bill that included massive increases in personal and business taxes. Republican votes were needed for the override.

Straub isn’t alone in his disillusionment with the GOP establishment. In early October, 20 anti-abortion groups signed a “Bill of Particulars” saying they would oppose Rauner in both the primary and, if necessary, the general elections for his signing of House Bill 40, which provides for public funding of abortions.

Many conservatives are backing Rep. Jeanne Ives (R-Wheaton) for governor, who is circulating nominating petitions for the Republican primary.

The primary will be held on Tuesday, March 20.

Want to get notified whenever we write about Illinois House Minority Leader Jim Durkin ?

Sign-up Next time we write about Illinois House Minority Leader Jim Durkin, we'll email you a link to the story. You may edit your settings or unsubscribe at any time.