Critics view DePaul arena deal as slam dunk for college, but not taxpayers 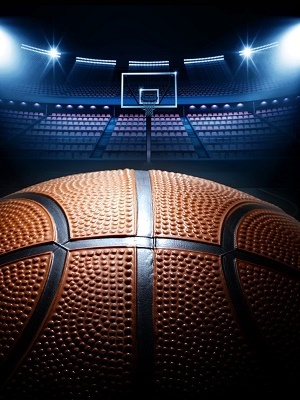 Since signing a deal to contribute over $80 million toward a publicly funded basketball arena, McCormick Place Events Center, DePaul University has set itself up to gain a lot more than just the $200 million value of the arena.

Through its partnership with the arena’s landlord, the Metropolitan Pier and Exposition Authority (McPier), DePaul stands to recover at least $34 million in naming rights, sponsorships and other avenues.

Now, records show that DePaul will not be required to pay for maintenance for the arena due to the Chicago City Council waiving $2.6 million in construction fees after McPier said it had budget constraints, leading many to believe the provisions in the deal spell out a win for DePaul, but a loss for taxpayers.

“City taxpayers will pony up $55 million in tax-increment financing dollars for the project and have already spent $2 million on a public park near McCormick Place and $57 million to build a new Cermak-McCormick Place stop on the CTA’s Green Line,” Mindy Ruckman, a policy analyst with the Illinois Policy Institute, wrote in an article. “McPier is financing most of the project with hundreds of millions of dollars in borrowing – maxing out its debt limit – and kicking the can on interest payments.”

Ruckman cited the Chicago Tribune, which said  Illinois taxpayers have contributed $50 million in sales taxes to fund McPier debt since 2008.

Based on the agreement, DePaul will pay McPier close to $445,000 in rent annually for the next 50 years. Through the deal, DuPaul is also set to receive more money from ticket sales than it receives from its current deal with Allstate Arena in Rosemont.

“For years, they have tried to sell Chicagoans on the prediction that the 10,000-seat arena and hotel will generate $250 million in new spending for the South Loop area annually,” Berg wrote. “But a review of how McPier arrived at this number reveals two major, risky assumptions and raises even more questions about why a junk-rated city would dare spend millions on an entertainment gamble.”

The study used to determine the $250 million required was funded by McPier, Berg said, and the confidence in the deal was based on the assumption that all 10,000 seats in the arena will be sold out in every single men’s basketball game, and that the arena will host many other events during the off-season.

The problem with these assumptions is that history and research don’t support them. As Berg points out, DuPaul’s basketball team “hasn’t had a winning record for nearly a decade,” and last season, the team attracted an average crowd of 2,200 people in Rosemont’s arena. Also contradicting officials’ optimism is a recent HVS study compiled for a New York City convention center indicating convention organizers don’t typically like to host events in arenas because of the limitations that fixed seating provides.

“So as McPier uses state taxpayer money to gamble on its financial future, and city taxpayers get soaked for millions of dollars while shouldering a record-breaking property-tax hike, a private university with an endowment approaching half a billion dollars gets the deal of a lifetime,” Berg wrote.

Berg said the willingness of Chicago government officials to pour millions of taxpayer dollars into the construction of the new basketball arena for DePaul is troubling.

“If Chicago officials truly cared about local investment, they would blow the whistle on the entire DePaul deal," Berg said. "Shifting resources from essential government services in a gamble to save McPier simply isn’t worth it – and it’s a slap in the face to residents struggling to bail out a fiscally irresponsible city."